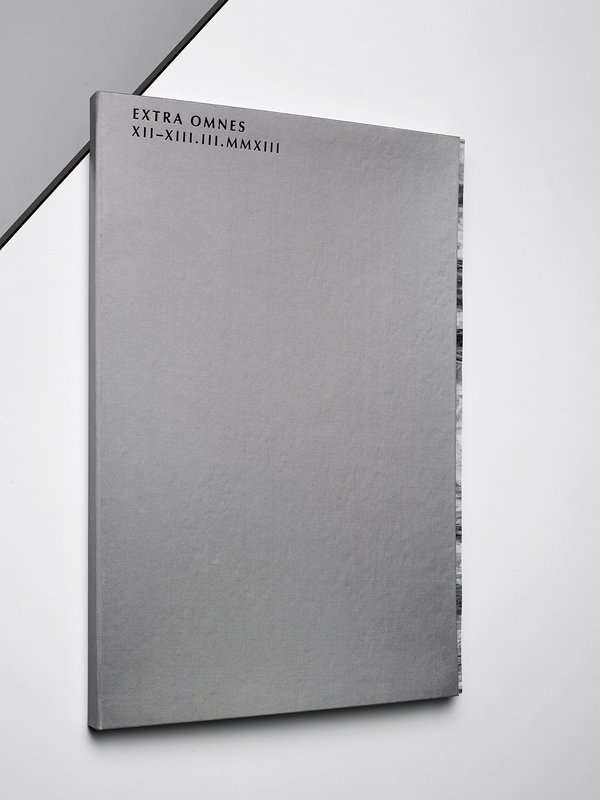 Extra Omnes I worked around the Conclave, the moment when the new Pope is elected. More than the religious symbols, I was interested in the media coverage of this event. Once the doors of the Sistine Chapel close, there is nothing to do but wait. Still, about 5000 journalists were in the Vatican, sent there for an extensive live coverage. While waiting for the famous white smoke, they had to generate a steady flow of information, they had to fill the blank. I chose to show this mass of information, collecting articles, tweets, and transcriptions of TV and radio broadcasts, produced only during the 26 hours of the Conclave. By organizing them in a loose chronological order, I wanted to see how these bits of information evolve within minutes, how they repeat themselves, and how they comment on each other. The images, descriptive or distorted, evoke the heavy atmosphere of the event and a feeling of vertigo. At once solemn and ordinary, the book plays on subtle contrasts and becomes a metaphor of white noise.