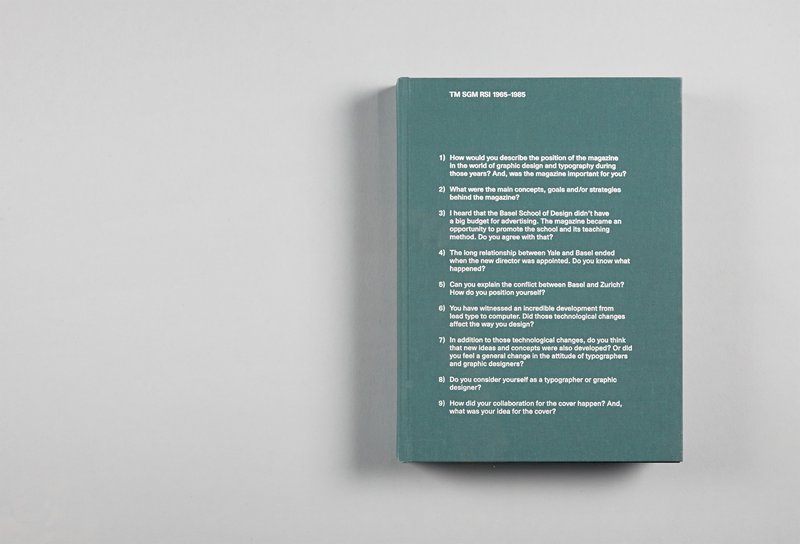 “The Typographische Monatsblätter” has enjoyed a long life, or rather many different lives. Established more than 70 years ago, the magazine has witnessed very important moments in the history of typography and graphic design. It made ‘Swiss Design’ known to an international readership and later spread the burgeoning ideas of the ‘New Wave’ style. This work attempts to give an overview of a critical period; the transition between modernism and postmodernism or should I say, the development of a growing reaction against modernism. Through an investigation of the covers designed between the years 1965 until 1985, this work is trying to make an objective representation of that era. The covers were a prominent aspect of “The Typographische Monatsblätter”, they provide a good indication of attitude and aesthetic concerns of the time. The designers of these covers are presented through biographies, interviews and excerpts discussing their thoughts and ideas. tm-research-archive.ch