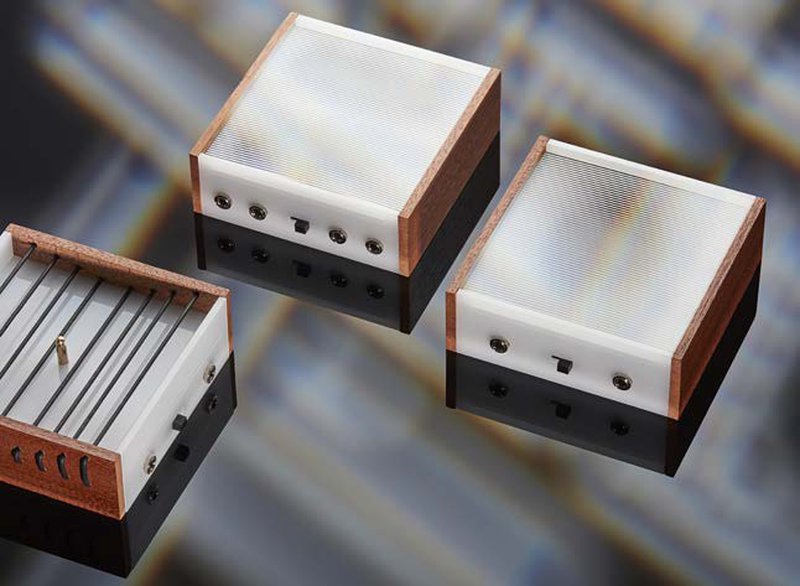 Dyne is a modular synthesiser with a tangible interface. Instead of being controlled  by fine settings and values, each instrument’s soft surface turns our hands’ gestures and the forces we apply into sound. While modular synthesisers usually have potentiometers and switches, the musical experience of Dyne revolves around the movements and limitations of our body. It gives us a new way to approach sound synthesis, oscillating between our haptic perception of the system and its own sensitivity.