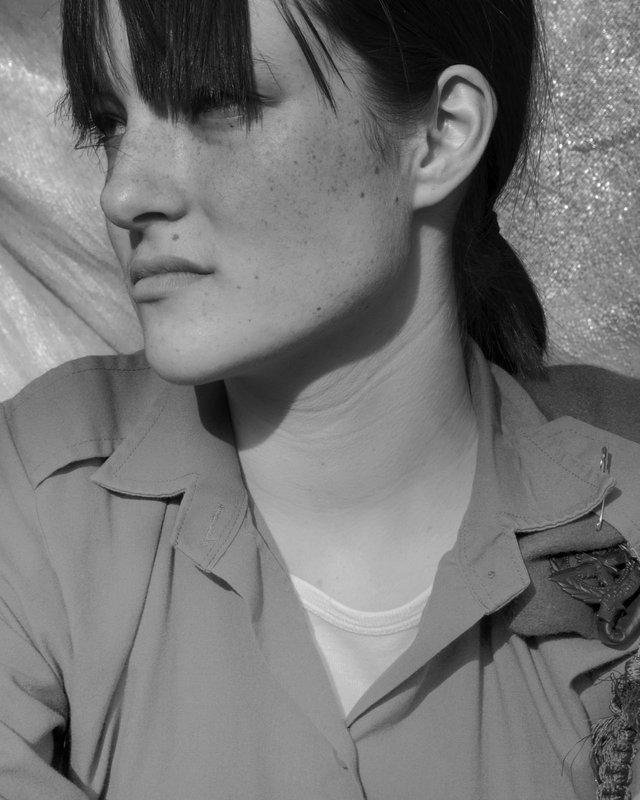 Landing is the story of my encounter with Israeli territory, of a confrontation with a reality far from the one I once fantasized about. It is a latent crossing, that of a place where time seems to have frozen still. What emerges out of the heaviness of the surrounding silence is the picture of a fragmented territory, one that is difficult to access and where the lowest walls stand like so many borders against the horizon. And in the destabilizing immobility of things they cast their nostalgic and dumbfoun- ded gazes, they who seem to be contemplating their territory, the very one whose complexity stares them back in the face.