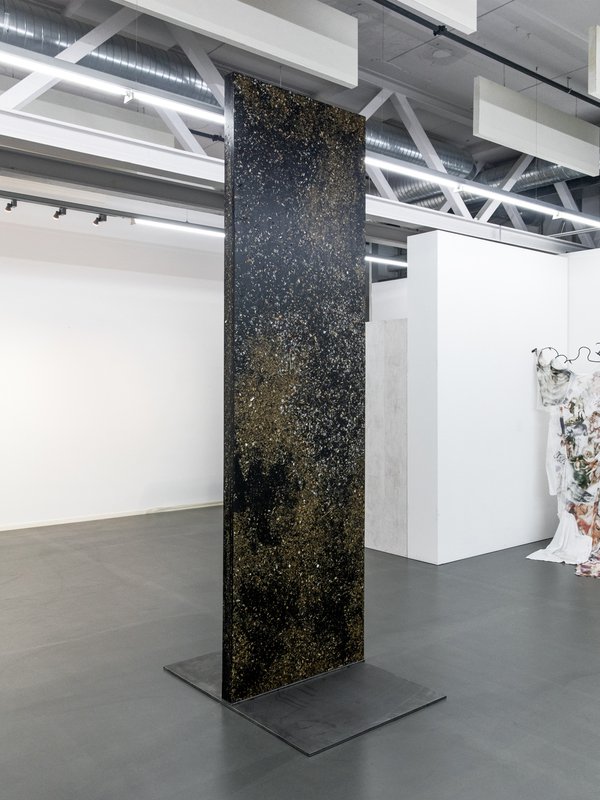 Misfits is a tribute to unrealised ideas and failed attempts and to round pegs in square holes. Discarded works and experimentations collected at ECAL during the last two years have been reworked to make this monolith. While the visual identity of the gathered material has been erased and the evidence of their physical existence fossilised, reframing their position reveals a hidden potential, as if energy was released during changes in the state of matter. The static presence does not drown out the voices, which are transformed instead into a new hybrid identity.