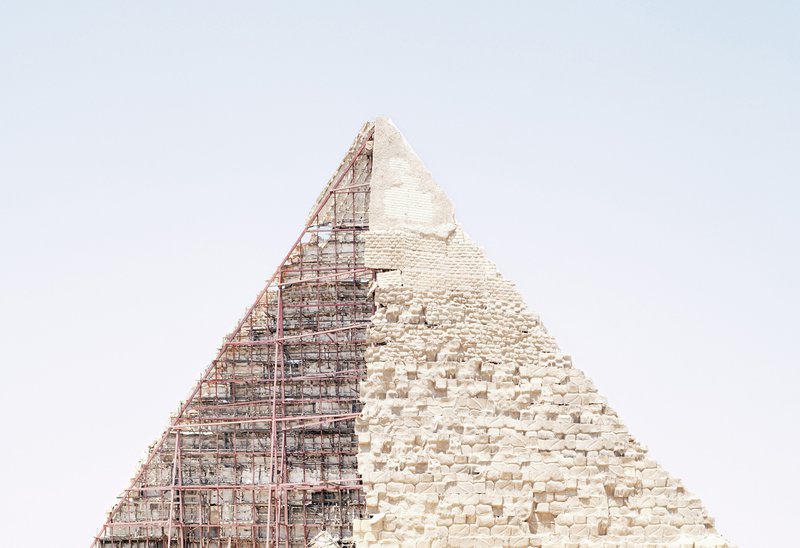 “ At first, I made the video «El hob wal melh / Love and salt» on the basis of two simple observations: the television has often a pivotal role in an Arabic living room and the living room itself is the most important room in the house as this is the room where you receive guests and present yourself. Therefore this room is meticulously decorated with particular attention paid to its details. The room is thus comparable to a stage set. In this work, I tried to bring both the virtual (an Egyptian historic-political soap opera) and physical space on the same sphere thanks to a combination of the sound and the image. I played with this existing ambiguous relation between fiction and documentary. This work was completed only a couple of weeks before the start of the Egyptian uprising in January 2011. Synopsis A scene from an Egyptian soap opera plays on the screen; Karama warns Amira of the ongoing confiscation of the royal family’s wealth including that of their close relation. Amira is part of this circle. The scene takes place in a fastidiously decorated living room, that looks singularly similar to the real living room, revealed by a panoramic. The sound coming from the television glides into this real room. As the first part of my project is more on the presentation of an internal point of view, I then decided to photograph the facades of buildings under construction or those that were in ruins in Cairo, as well as the “new palaces” surrounding them for my “Al fassad/ The corruption” edition. The aim of this was to confront these buidings to the stage sets of the “Media City Production”, a big film studio that produces numerous films and television series in Egypt. Once again, this work was not limited to documentary work as I added pieces of printed textile transformed into patterns, boxes of Kleenex made up like sculptures or plastic mouldings to the architectural shots. In Arabic, «Al Fassad» also means «Corruption». ” Noha Mokhtar