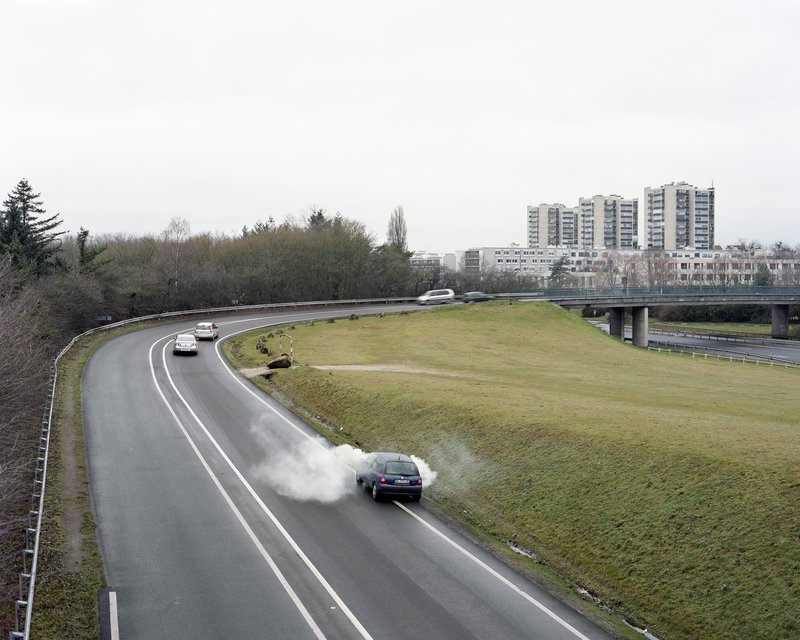 Olivier Bemer – Round and around

What always struck me in the outskirts of Paris is their standardized urban planning, their almost interchangeable neighbourhoods, and the homogeneity of lifestyles. The image of a large settled territory in which a multitude of simultaneous actions intersect, coexist and repeat themselves in a random and disorderly manner ; cities where the unusual remains familiar, where reality is absorbed by the model. In this work I attempted to simulate an interaction between several actions, events or journeys. The nonlinear narrative is constructed from jump cuts that create timelines which interweave into a single stream. A tension thus occurs between the static general view and the micro-event, inlaid, repeated, unframed. Olivier Bemer www.olivierbemer.com 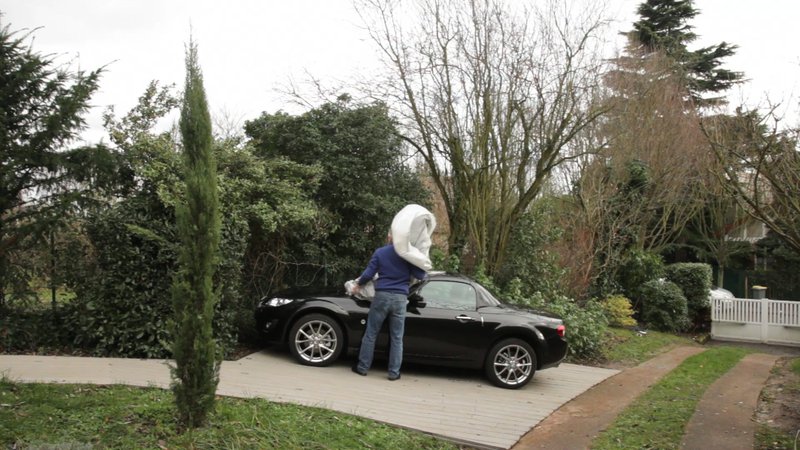