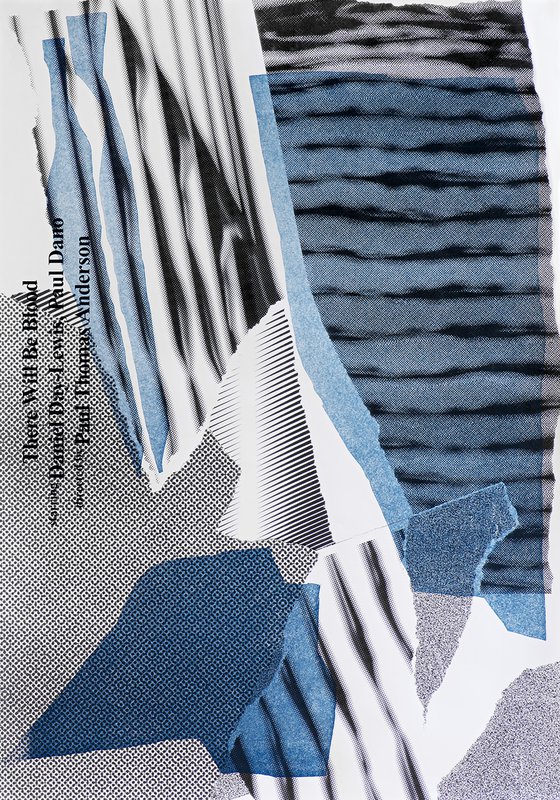 There Will Be Blood

Sonya Dyakova wanted to do something about conveying music through typography. She have watched recently a Paul Thomas Anderson film ‘There Will Be Blood’, and found it very moving and inspiring. The film features an original orchestral score by Radiohead guitarist Jonny Greenwood, and she felt the music had integral and powerful role in the film. On day one the students and I watched the film together. Afterwards, I have asked them to create a poster for it. The poster had to embody the essence of the story and ‘weave in’ the feeling that the sound made. Design is about telling a story, and I wanted to the audience to be able to get the story, or an essential aspect of the story, from looking at the poster. One of the tasks of the designer is to extract essence and communicate it in the most clear voice through tools that we know — typography, colour, image making, printing techniques. All elements of the poster had to have a reason and purpose. She have asked the students to create a list of words, while the film was fresh in their mind, which were reflecting the story. From these words she wanted  them to start making visual elements that would make up the poster. She asked the students to use printing press, using wood and metal to create printing plates. Which, in turn, instructed the look of the poster to some degree. The number of layers was limited by the number of students and time they had — any project has constraints, and so did this one. The result was a healthy variety of approaches: some posters were abstract, some more figurative. She tried to push the students not to be afraid of the obvious. Alan Fletcher’s words are always in her mind: “What distinguishes designer sheep from designer goats is the ability to stroke a cliché until it purrs like a metaphor”.